A few things off the checklist...

We have been making a to-do list of things needed to be done before we leave for the great state of Texas. This weekend we crossed off two!
I get that from my mother. So Kenny packed his pack and waited for his friends to pick him up because they were heading to a weekend of roughing it in the Olympic Mountains. Kenny has wanted to go camping in Washington since we moved here, however, getting a campsite in the summer is harder than finding a needle in a haystack. These Washingtonians are super outdoorsy. (Plus, with the Navy it is pretty hard to plan one's weekends.) However, Kenny decided that it might be fun to go to one of the campsites that you have to hike about 4 miles to and then camp. For this little adventure, I suggested that he find some friends who would like to go with him because I am a wimp. I like camping outside and hiking, but I don't like being cold! Mind you, none of the other boys were as prepared as my Eagle Scout, but somehow they survived the arduous hike and sleeping in 20 degree weather. (no thanks) The next morning, the boys hiked to the top of a ridge to see Hurricane Ridge and then made their way back down to the car. He came back pretty smelly, but so happy that he had gotten to experience camping in the wilderness of Washington!

The Camper is ready... 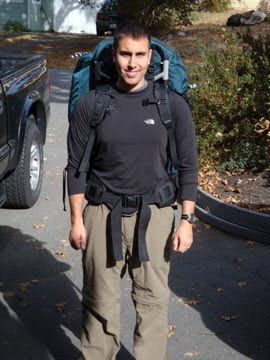 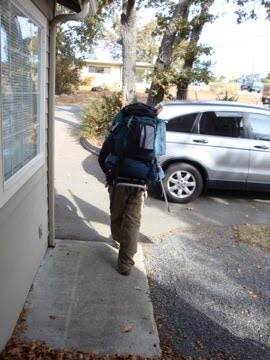 Kenny and his crew. 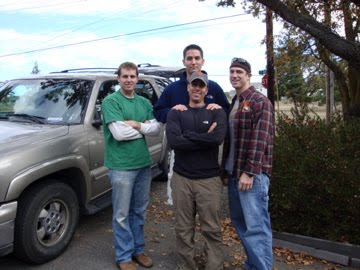 We have gotten our pumpkins every Halloween season at Dugualla Bay farm, so this year, we had to do the same! It is our last time to do that here in Washington which is so bittersweet. I did find my pumpkin right away, but we looked for a while before leaving our favorite pumpkin patch!

Someone is sad that Corpus might not have such a fun pumpkin patch.... 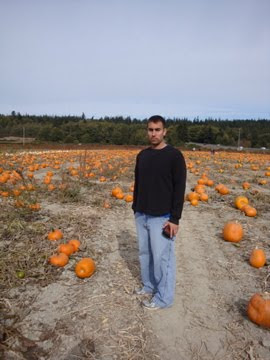 We ran into some friends at the pumpkin patch who so kindly took our picture! 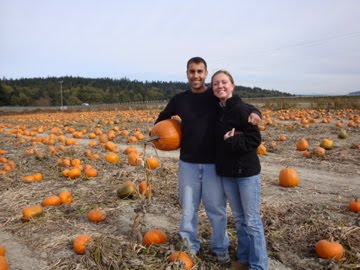 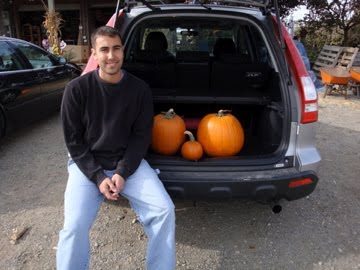 Just wait until we carve those pumpkins! They are going to be sweet!
Posted by Molly at 8:40 AM

so glad that the camping gear was put to good use and that all those years of boy scout camping and hiking in all conditions paid off! You will miss the awesome beauty of Washington!!

Maeve told me all about how uncle kenny went camping this morning while we got ready. he is taking her camping! How wonderful and thoughtful of Uncle Kenny. So, now you always have someone to send with him on these adventures. Is it a problem that she doesn't like to carry her own pack?! We love you!

Molly, you are making me nostalgic with all of these west coast stories/photos! Soak it in, Corpus has less to offer:) There are some great people here, and I like the beach okay, but you certainly have to drive further for fun adventures... When are you coming here??? And do you know what squadron, or where you'll live or any of that? Let me know if I can be of help to you in any way!!

p.s. very sad, but true, pumpkin patches here are like 100 pumpkins on some crate pallets... not quite the same.

Be glad you hit them up that day when the sun was shining...we tried to do the "squadron thing" this afternoon and didn't even make it out of the car, nasty weather!! :) But, we attempted because Nate said, "This is our last year here...they won't have pumpkin patches like this in TX!" I'm sure there will be things we'll miss about WA but at least we'll have Target to keep us company! :)