We headed to Seattle on Friday to see the Nutcracker with a couple of good friends of ours. Having not seen the Nutcracker since music class in elementary school, I was a little fuzzy on the story line. Well the scenery was AWESOME. The ballet was interesting. Thankfully, during intermission, not only did we get to have a glass of wine, but we also met one of our friends who could give us a little summary of what was to come. This friend had seen it each year, so she obviously knew the story well. HOWEVER, she did not know that we would not be seeing sugar plum fairies. We would be seeing Arabian mice and a peacock and Arabian dancers. Not exactly what we were expecting, but the dancing was great. It just deviated a bit from the story we all knew. 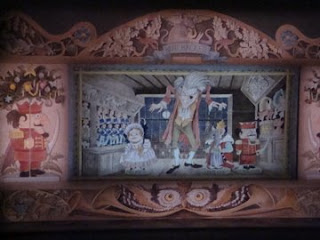 Here are some pictures during intermission. 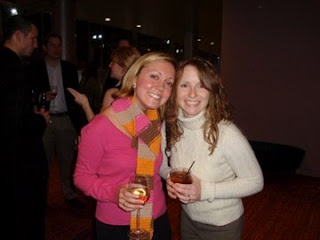 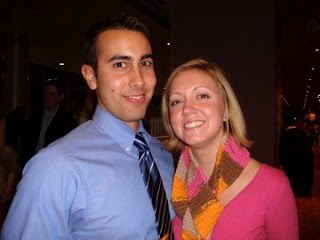 Here are some pictures afterwards with the large figurines! 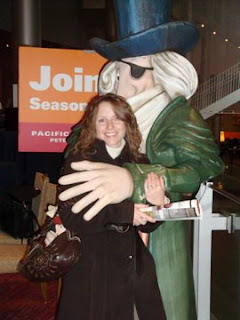 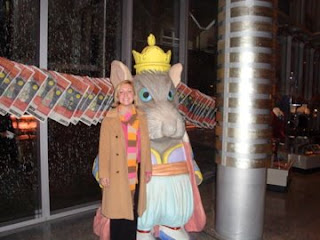 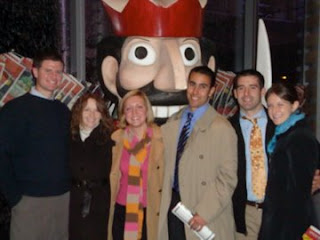 We also had TWO Squadron Christmas parties this week. Talk about a jammed packed week! The first was on Wednesday which was for all-hands (meaning enlisted and officers). With the world's worst DJ who threatened us with Michael Bolton and who also had the world's largest mustache, we made the night fun despite him! It was nice to get to dress up a bit and enjoy an evening with friends. AND I won a gift card to a restaurant!

Here is our beautiful table... 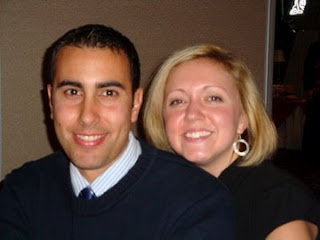 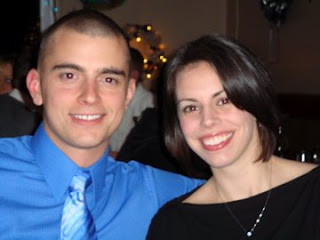 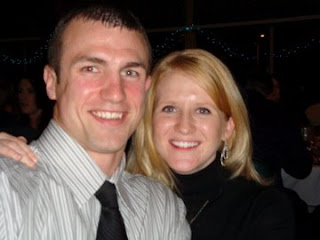 Then we had the all-officers squadron party last night at the Skipper's house. The best part of the whole evening was the fact that it started snowing and continued all night! We woke up with snow on the ground (and ice on the roads), and boy, was it a beautiful sight! Here are some pictures of the lovely morning! 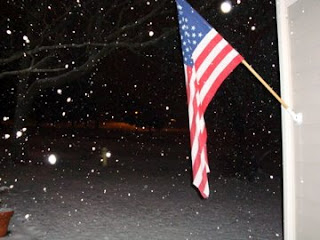 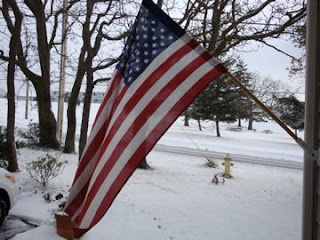 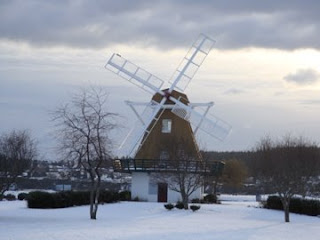 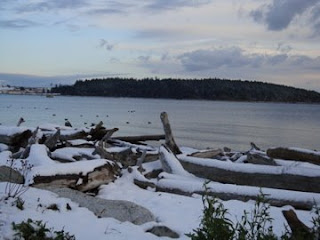 Ooohh Snow!! How fun! The Nutcracker looks like it was so great...y'all are all so cute! Thanks for sharing all the pics! It was so good getting to talk to you earlier!

p.s. did you make your scarf?! if so I'm about to start placing orders with you!!!

You are so cute! I can only imagine your dismay at the mice...

How is teaching going? When you can spare words for your little, give me a call :) I miss you!

the blog is great! can't wait for more updates. your haircut is so cute! xoxo miss you!